I’m here, where I’ve been during these long weeks. I see the sea. Today it is of a wonderful color, and this gladdens thoughts, of course. I wonder – they ask me – what I have left of this pandemic experience and it is a useful exercise. We should do it more often, to stop, slow down and think. It is not a question of making balances , for heaven’s sake, nothing definitive; but sometimes questions can help us to understand other things. And it’s not bad.

In fact, at this precise moment I seem to be in one of those situations that are experienced in the moments that separate sleep from awakening, when a flash of a dream seems so impossible that in fact you wake up and realize precisely that it was nothing more than a dream. If I look at the sea from my terrace I could think for a moment that nothing happened; what if it was all a dream? No, it wasn’t. Unfortunately I should have written at this point. But I didn’t get out of the keyboard. Why? Because I believe that – net, of course, from the great suffering of those who have been ill and who is no longer there – this “thing”, let’s call it so, generically, that struck us is not only full of bad consequences. I want to say it in my own words: I believe that the damned virus, unbeknownst to it, plays an important role from the point of view of the regulation of the things of our society, of us humans understood as thinking beings. As if, at some point, we couldn’t make a turn and then tac !, mister virus arrives and forces us to change.

The things that I understood in this period of necessarily at home I am writing now, as in a list of hypothetical shopping.

– Stopping isn’t always negative. Slowing down helps us to better understand the meaning of things, objects, time and relationships. It’s trivial, but if you always run then you can’t see all the things. And since unfortunately we have all together built a model in which whoever stops is lost, the virus from this point of view has forced us to stop. Not to slow down. Exactly to stop. Parked cars, shops and closed offices, each within the four home walls to wait for better times. And to think (maybe).

– We are much more fragile than we want to appear. We can commit ourselves as much as we want to go to the gym, to do muscle masses, to show free and beautiful moods in our selfies … then a trifle is enough to stop everything and force us to remodel the times, ways and spaces of our bodily performances. In short, in spite of the macho and wonderwoman models the reality is that sometimes we live in a scenic fiction. And the virus is , in some sense, a curtain.

– I remain aware that we cannot do nothing without others. And this is something that includes many others concepts. So, we certainly cannot live without relationships. This has always been clear to me, I have also studied it for a long time, I have understood from many researches in the field that not having the possibility of having social relationships is one of the aspects of the social damage linked to every disease (let alone pandemics …) and it is such a clear concept that in its time, after scientifically highlighting this damage, I also baptized it: it has been called Sonetness ever since. And so far ok. If there is Sonetness, in fact, there is a damage to relationships. And I also understood that this great ability to adapt to the use of technology to keep these relationships alive – video calls, Skype, Zoom, Meet, and any other possible devilry – is temporary. Substitute, looking forward to. But it can never totally take the place of things done in the presence, whether it be school or family, affections or work. But I understood that we cannot do without the others also because there is a need for virtuous behavior on the part of everyone, in periods in which the viruses run among us. We all live together in a world made up of a thousand natural balances and as many social compromises: for this wonderfully complicated system to work, attention and effort are required. That’s why nobody alone can do it.

But traveling and stopping to talk I still consider it one of the most effective things to refresh and learn. This virus has totally eliminated this possibility for now. Getting around is complicated and unlikely, at least in the short term. But the weeks at home have strengthened me in the belief that the journey – including its organization, the period of approach and preparation – represent one of the best things in life. A trip with downtime, which also allows you to stop and listen to the noise of other people’s lives. Only in this way can it happen, as happened to me, for example, to cross the border between Zimbabwe and Zambia on foot to go to Livingstone, on a long bridge over the Zambezi River to be crossed while listening to the violent downpour of Victoria Falls in the background.

– The idea remains that perhaps some aspects of cultures very far from ours contain elements of great wisdom. And nobody knows why they don’t take root here. I am thinking, for example, of the culture of a people very far from ours, both geographically and culturally, such as the Japanese one. I already wrote it in a Photovoice here. In Japanese culture, the  distance is expressed with a term / concept (as often happens in the languages ​​of Asia that use ideograms) which is known as Hedataru.

Hedataru means to separate, and indicates a situation in which distance is an indicator of the demand for one’s own living space, it is the space that surrounds each person, like a sort of personal “bubble” of air. Don’t even try to invade that space if you meet a person of that culture: he may not appreciate at all. In short, Japanese culture recognizes the physical distance – albeit minimal – of a somewhat salvific meaning, exactly like what we all need today, citizens of the globalized world, to defend ourselves from the danger of infection.

In short, not only unpleasant things. I also have important things left from this difficult and complicated phase of our lives, everyone’s. Maybe my terrace, the sea and the blue sky helped me overcome some difficulties. Or maybe it was all a dream. Here we are. If so, I would like us to wake up a little better from this dream. And not just in words. It will be possible?

Cleto Corposanto, Italian, is professor of the University “Magna Graecia” of Catanzaro, South Italy. He deals with issues related to the Method research and Health/disease. He has more than 200 publications between books and scientfic articles. Former national coordinator AIS – Health and Medicine, He founded and coordinates the Degree Course in Sociology of UMG of Catanzaro.

could also be interesting:

“Doctor Livingston, I presume” is a phrase that has somehow remained in history. Lovers of great travel and travelers know it very well, but it has become part of the lexicon of many others, even those who consider travel from home to sea as the maximum possible travel.

The sentence was pronounced on November 10, 1871, by the well-known journalist and explorer Henry Morton Stanley – Welshman by birth and American by adoption – in Ujiji, an ancient city in Tanzania located on the shores of Lake Tanganyika. In front of him was David Livingstone, physician, missionary and explorer of Scottish origins. Two intricate stories, one in front of the other.

Henry Morton Stanley was born as John Rowlands, in Denbigh in Northeastern Wales, in 1841. An illegitimate son, he never knew from his mother – who entrusted him to an orphanage – who his father was. When he was 17 years old, he embarked for New Orleans to begin his second life as an American citizen, at first becoming an archivist and freelance journalist later.

It was only in 1869 that it was decided to send someone in search of him, and the choice fell precisely on Henry Morton Stanley, who in turn faced the journey in the black continent on the trail of Livingstone, managing to track him down after two years. It was, precisely, November 10, 1871; and as if they were two friends they did not see each other, they greeted each other as if they had met by chance at a dinner. In fact, they were probably the only two non-African men within hundreds of kilometers. Livingston died two years later, in 1873, from malaria.

This photo was taken in Livingstone, a city that took its name from the great European explorer, in present-day Zambia (formerly northern Rhodesia).

The city, just beyond the border with Zimbabwe, is about ten kilometers from Victoria Falls and between 1911 and 1935 it was also the capital of the then English colony, before the headquarters were moved to Lusaka.

In Livingstone, today, it is possible to visit a small museum linked to the adventurous life of this great traveler, who in Africa chose to live and die. An interesting place for a great traveler, an obligatory stop after admiring, entranced, the splendor of nature represented by the Victoria Falls. 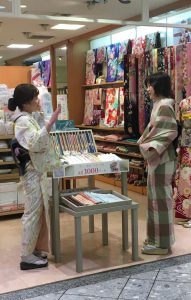